All images in header used under license from istockphoto.com Background by Florian Carli
Posted on May 20, 2011 by Ankaret Wells 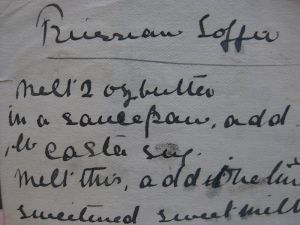 I always like it when books have authors’ notes reading ‘This book was a pain in the backside to write’ because it makes me feel like I’m not alone and it gives me hope that they managed to finish a book so there’s no reason why I can’t do the same.

At present Heavy Ice is doing a weird combination of flowing like melted butter and flowing like treacle (and now I want toffees and have none in the house, so thank you for that, subconscious) – in that I keep getting bits of dialogue and bits of worldbuilding and occasionally bits of action unspooling into my head, but I’m also having problems with infodumps. The problem being that I know certain things at the beginning of the book that the readers need to know by the end of the book, and which the characters keep picking up at different times from different people and then telling each other. Trying to integrate this into a plot which mostly involves Dr. Who levels of running about and culture shock is proving to be a challenge.

The other problem is that I’m writing a sequel (albeit a sequel set two hundred and fifty years after its predecessors, though there is a recurring character. Two, if you count Innes’ kinjal) and that I keep having to balance the needs of people who have read the first two books off against the needs of people coming to Requite as strangers.

I had a similar problem when I was re-tooling the beginnning of The Hawkwood War after I split the original book in two (I can’t tell you how many rewrites the Dreadful Kapellan Breakfast in chapter two went through) but I really don’t think anyone’s going to read The Hawkwood War as a stand-alone unless they happen to find it alone in a charity shop, so it wasn’t so much of an issue. And the last time I wrote a proper sequel to anything that wasn’t fanfic, I was fourteen and didn’t expect anyone to read it but my friend Alison. I feel a bit as if my second-born were grandstanding from a kitchen chair shouting that it wished its elder sibling had never been born. Or at least how I imagine that feels, though I don’t have children.

I also like it when writers give playlists of what they listened to while writing, and at some point I’m going to do that so that you can sneer at my taste in music. In the meantime, Kallisty’s theme tune is Coriolanus by Blyth Power, though unfortunately I can’t seem to find a video of it on YouTube.

So, yes! There is progress. Buttery treacly progress, and also continued management of infodumps. 🙂

Image from The Art And Mystery Of Food