All images in header used under license from istockphoto.com Background by Florian Carli Mastodon
Posted on April 5, 2011 by Ankaret Wells 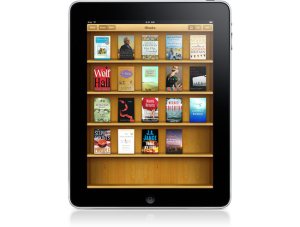 Well, it looks like Lulu have got moving on the ‘we only do ebooks in PDF format’ problem while I wasn’t paying attention – I got an email this morning saying that they’re making a push to include their books on the Apple iBookstore in ePub format, and if I didn’t want The Maker’s Mask and The Hawkwood War included I needed to opt-out within five days. (Links go to the paperbacks: if you want the PDF versions or prefer to buy from Amazon, look in the sidebar).

They also said that the books would be available at ‘default pricing’, which made me twitch slightly, but (a) it sounds as if I can change the pricing later if I want to, according to this page from Lulu about the scheme, and (b) I know nothing about pricing on the Apple iBookstore, so until I’ve researched it they probably know better than I do anyway.

Also, apparently they have a for-sale ePub conversion service, but since that would have set me back $398 for both books, even if it had been available when I brought the books out I don’t think I would have bought it anyway.

Anyway, there’s no guarantee that the books will show up on the iBookstore, or in what timescale, but it’s nice to see Lulu getting into the ebook age. Maybe Kindle Store availability will be next.

(Note to people suggesting I put the book on the Kindle Store myself, or use Smashwords to make it available in .mobi format: it’s kind of you to offer your advice, but I am not a US taxpayer, so I can’t do that unless I get an ITIN in order to pay US tax. And without going into unnecessary detail about my health and daily life, let’s just say that tangling with another country’s tax system is really not high on my list of priorities)

In other news, I keep receiving infodumps from whichever part of my brain it is that comes up with this stuff, about what happens after the end of Heavy Ice. Which is all very useful and explanatory (and also means that it looks like I get to do a big E.E ‘Doc’ Smith style space battle at some point, which will be fun) but is giving me a severe sense of double vision when I buckle down and try to get Heavy Ice written.

Also, one of the characters in Heavy Ice is making me seriously consider rearranging the family tree to make him directly descended from Kjarten rather than related down a collateral line, because he’s acting just like him despite being in his thirties. Fortunately Kallisty is on hand to tell him what she thinks of this.