All images in header used under license from istockphoto.com Background by Florian Carli Mastodon
Posted on July 7, 2013July 7, 2013 by Ankaret Wells 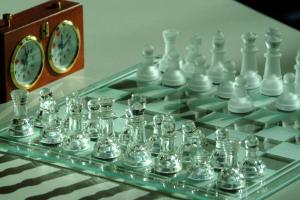 So, today I’m thinking about point of view. I’ve noticed that my natural inclination when beginning books is to start off writing in omniscient POV and then drop into third person when the person whose viewpoint the first scene is in shows up. I did it with Heavy Ice, and I’ve found myself doing it again when beginning the new thing, which is tentatively titled Emma Dread, Or, Camelot By Gaslight. Here’s the beginning of Heavy Ice in first draft, which is subject to change without notice:

In 650 S.F the world changed. For Raj Cordoval: for Prince Vane-Egypt Considine, recently made Considine Prime: for the man calling himself Zak Liang, whose name wasn’t Zak or Liang either: but most of all for Kallisty Hawkwood, who very nearly didn’t survive long enough to notice.

It was night. It wouldn’t be dawn for another thirty-five hours. Kallisty and her followers were returning from a foray into the iceworks, and had camped in the rock-shelter known as the Roof of the World. Their vrykols were bundled up at the back of the cave, shivering under blankets and trying to chew off the strips of fur bound around their claws.

Kallisty was outside, sharing the watch even though it wasn’t her turn, perched on a knife-edge that divided one world from another. It wasn’t altruism that made her share the watch. It was the sure and scratchy knowledge that if she had to spend another moment inside she’d start a fight and end up having to knife somebody.

I rewrote the beginning of The Maker’s Mask so many times that I couldn’t actually remember what I’d done with it, but it looks as if it and The Hawkwood War both hop into Tzenni’s and Ligeia’s viewpoints pretty quickly; and Firebrand is a special case because it’s first person and also starts off right in the middle of a conversation.

I can’t write long-form in omniscient: I’ve tried. I admire how the Victorian writers did it, though I haven’t really been able to get into anything modern written in omniscient POV unless it’s humour. I keep trying to anchor myself in the heads of whoever’s thoughts are being described, and getting mental whiplash when the narrative strolls off to read the mind of someone else.

On the other hand, I don’t have any problem reading first person, which I know a lot of people find hard to get into. I have a lot of sympathy for people who can’t read first person, because I have my own ‘no, this gives me the nails-run-down-a-blackboard of the soul’ hard limit, and that’s the viewpoint where where the action is described as if it was taking place on a stage, and no one’s thoughts ever get mentioned at all. As soon as I work out that that’s what I’m reading I can’t go any further. I’m sure I’m missing out, but what can I say, I need that level of involvement with the characters in order to engage.

I’m almost as intolerant of books where we never get to see the hero’s point of view though we often get their sidekick’s point of view, or other people’s. I say almost, because I love the Sherlock Holmes stories, but I bounced hard off Dorothy Dunnett’s Lymond series.

I’m finding it interesting that I was willing to follow my natural inclinations with my fourth and the very beginnings of what will hopefully be my fifth book [1] whereas I didn’t with the first three, and I think it comes down to confidence. Firstly in the sense of willingness to follow my own voice, and secondly in that what I think I’m subconsciously saying to the reader by addressing them directly at the start is ‘Don’t worry. You’re in capable hands. Relax and engage with the story.’

Do you have any thoughts on POV, or anything else? You can comment telling me how much I’m missing out by not reading Dunnett, but I’ve tried several times and been unsatisfied, so the likelihood of me finding the time to give them another go in the near future is not high.

[1] Not counting things written but unpublished, because if I did that I’d be here all day. Also, no guarantees are offered that Emma Dread won’t morph into something else altogether.

9 thoughts on “Point of View”