All images in header used under license from istockphoto.com Background by Florian Carli Mastodon
Posted on January 2, 2011 by Ankaret Wells 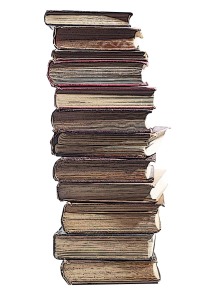 Looking back on 2010, the main event that stands out is that I published my books. (Well, all kinds of other stuff happened too. My husband crossed the country on a unicycle for charity, for example, and I got to get up at a ridiculous hour of the morning in February and walk around Stonehenge getting up close and personal with the stones, and in June my ancient computer died. But this is a blog about the books)

I seem to have accidentally become part of a trend – there’s a lot of buzz at present about self-publishing and how ebooks in particular make it more financially viable than it used to be, which I really wasn’t aware of when I set out on this. (I’m not linking because I really don’t want a self-publishers v. anti-self-publishing slapfight to break out in my comments, but you can find the posts pretty easily through the magic of Google, or, of course, if you prefer, Bing)

I didn’t mean to be part of a trend. I mostly did this because I’d seen how nice Mélanie’s books looked and because I wanted to see whether I could do it. What I wasn’t expecting was how much better I’d feel when these two books were finally out of my hands and out of the back of my brain. I felt like I’d been marching in place ever since I finished the first draft, and that wasn’t a good feeling.

I also felt as if everyone I knew was waiting for me to get a contract or judging me for not having one, and that turned out not to be true either. (To quote the wonderful Marianne Kirby, ninety-nine percent of the things that people do have nothing to do with you)

I didn’t expect to sell as many books as I have. I especially didn’t expect to sell as many ebooks as I have, particularly given that Lulu only does .pdfs. I don’t think I’d want to make the jump to only publishing in ebook form, because I really like having a physical book at the end of the process, but I really hadn’t realised how big a sector of the market ebooks were, and I’d like to do more for the readers who prefer it as a format.

If I manage to find a site that allows me to publish my books in other ebook formats without having to file for a US tax identity, I’d certainly like to do that, but I’m just not willing to get involved with another country’s bureaucracy at present, particularly as friends who are much more competent at that kind of thing than me have told me horror stories about the process.

I expect I’ll see for myself soon exactly how bearable .pdfs are to read, as I’m getting an ebook reader. I really want to be able to read things from Project Gutenberg and similar sites when I’m on the move, and I have a couple of friends who publish on ebook sites and I’d like to be able to read their books without having to sit in front of a screen. As for whether it’ll replace physical books… well, we’ll see.

And finally, a quotation from Charlotte Bronte: ‘I make a point of never speaking in raptures, especially in a stage-coach’.