All images in header used under license from istockphoto.com Background by Florian Carli
Posted on December 18, 2013 by Ankaret Wells 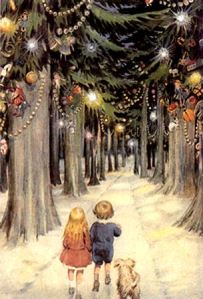 This year, due to house moving, there won’t be an original story up on the site for December 25th. There will, however, be a deleted scene from Heavy Ice. (Yes, amazingly, the book could have been even longer!).

In the meantime, here’s another short out-take, which got replaced by the scene where Raj met Dante.

The door flung open. Zaxquill Malabranca was standing there, arrayed like a prince from an opera and looking very annoyed indeed. “Kallisty Hawkwood’s gone missing.”

“In other news, water is wet and people who sit down before a poker game and tell you that a pair of jacks are their lucky hand are really saying please take all my money,” said Raj with a yawn. “Has she taken Strat with her?”

“Then she’s still in the Spire.”

“That’s what I’m worried about,” said Zaxquill, and glowered.

“Did you just open that door with telekinesis?” said Raj with interest.

Zaxquill parried his question with another. “What have you been doing to the Retort?”

Raj assumed an expression of seraphic indifference. He leaned back and contemplated the wild flowers painted on the plaster between the beams of the ceiling. “I was bored.”

Zaxquill actually managed to flash his dark eyes, which was something Raj had never seen happen outside an emotion-overlay assisted wov special. “I don’t know what a management consultant is.”

“That’s the first argument for staying on your planet I’ve heard all week.”

Zaxquill narrowed his eyes, which probably meant that he didn’t know what a week was either but wasn’t admitting it. “Enough. You will come with me.”

“I probably will,” Raj agreed with entirely false joviality. “I told you I was bored here.”