All images in header used under license from istockphoto.com Background by Florian Carli Mastodon
Posted on February 6, 2012 by Ankaret Wells 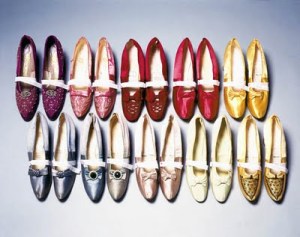 … here is an excerpt from the ball scene of The Maker’s Mask.

“I got us ices. They aren’t very nice,” said Catha, shoving a cup of what looked like pistachio-flavoured snow into Tzenni’s hand. “I think that one’s actually nastier than the cherry, but I’ll swap you if I’m wrong.”

“Terima miye,” said Tzenni with the proper dip of her head.

“I saw you dancing with Alister. I bet you’ll be covered in bruises by morning. Get that scrat of yours to find you some witch-hazel. I’ve told Alister he dances like he’s steering a land-barge, but he just says it’s my fault for not being steerable. God, isn’t this dull?”

“I am desolated to hear it,” said a voice like bitter poured chocolate. Tzenni looked up.
Latinus Malabranca was bowing in front of her. He was not smiling; but the look in his eyes was back, the one she had seen when he lifted his glass to her. Tzenni felt small flickers run up and down her spine like the cold flame of Retort-glyphs.

“May I have this dance, Lady Tzenni?” he asked.

Tzenni shoved her chair back, feeling as clumsy as Catha, and put down the untasted pistachio ice at random. It was sheer chance that it landed on the table and not in Catha’s skirt. “I… yes. Yes.”

She put her hand in his. She felt, again, that electrical tingle as her skin touched his. Her feet felt numb and sparkly, as if they were floating above the ground, which would at least have done something about the height difference. I know how to dance, she reminded herself firmly. Even Alister, who was possibly the most ungallant man on the planet, had said she knew how to dance.

Know how to dance? She wasn’t sure she knew how to breathe.

Image © The Museum of Fashion, Bath.

2 thoughts on “For no reason…”