All images in header used under license from istockphoto.com Background by Florian Carli Mastodon
Posted on December 1, 2013November 30, 2013 by Ankaret Wells 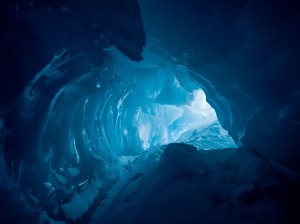 Today my fourth book is officially launched. The paperbacks have arrived at Amazon, the last couple of last-minute spelling and grammar flubs have been corrected (though I bet there are at least a couple more hiding in there, and I apologise for that) and it’s ready to face the world. Many, many thanks are due to Lucy Budd, who dealt patiently with my constant desire to make a semicolon do a colon’s job and vice versa, and to Irene Headley for all her support throughout the writing process.

It’s been a long book to write, and I can’t help thinking of the losses along the way. This is Kay’s book. This is what I wrote around the time that he died, and it doesn’t go anywhere near capturing the spirit of him.

I hadn’t seen a lot of Kay recently, but I just keep thinking of things like the time he let me dye his hair leopard-print in a hotel bathroom, and the fun we had playing, between us, two thirds of the Slytherins in an online RPG, and the last time I went out to dinner with him and Jus in an absolutely terrible Thai restaurant years ago, and his language-geekery and his activism and his generosity.

In particular, I remember his willingness to nurture every lame snowflake or special duck that limped over his doorstep (and I count myself among those, definitely) which somehow coexisted with a total unwillingness to put up with pretention, bigotry, or the habitually unkind. He wasn’t a saint or a pushover. He was just Kay, and the world is so much worse for the loss of him.

I couldn’t make it to his funeral because of stupid mental health stuff, and I regret that terribly. The book has planets orbiting a Dekker’s Star because of him. One solitary solar system: it’s not anything like enough compared to what he gave to us, his friends, and to his partner Justin and his other lovers and dear ones and the people he worked with and campaigned for and gently took the piss out of over the years.

But I don’t want you to think that this is going to be a sad or mournful book – I think Kay would have laughed at parts of it, and I hope you laugh at parts of it too, and can’t stop turning the pages in other parts, and occasionally stop and complain ‘No, seriously, how are they feeding that much tonnage of vrykol biomass, and why aren’t they down to about three surnames between them by now?’ if nitpicking the worldbuilding is one of the ways you engage with books, because I do that too.

But honestly, I don’t have any say at all in how you react to the book, or whether you read it at all. And that’s OK. It’s December the 1st, and Heavy Ice is out there now, to make its own way in the world. Go, little book, and take the memory of Kay Dekker with you. 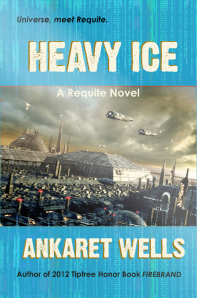 Links to buy the book:

in .mobi from Amazon.co.uk
Heavy Ice


As a note, I am sorry about the high price of the paperbacks. It’s that high because you’re getting very nearly the maximum number of pages Lulu is prepared to fit between a single set of perfect-bound covers. If you’re buying from Lulu, they’re doing a free shipping promotion at present – between now and 3 December, get free shipping on up to 14 items with code FREESHIP at checkout.