All images in header used under license from istockphoto.com Background by Florian Carli Mastodon
Posted on May 9, 2012 by Ankaret Wells 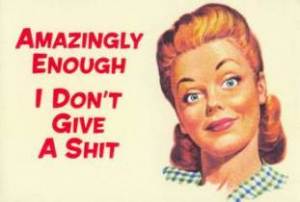 About half-way through the first round of edits on Firebrand, and then the Beta Crew can take delivery of it and I’ll kick it out of my head until it comes back red-pencilled. As is usual at this stage, I’m noticing things people won’t like about it and thinking ‘Well, I like it’.

Thing the First: First person, present tense. I like first person, present tense, and the book showed up that way. I know a lot of people don’t get on with that, and that’s entirely fair enough – there are things that kick me out of books I’d otherwise enjoy too. I mean, I’m sure I’d enjoy Sarah Caudwell’s books if it wasn’t that they’re so arch that if you had four of them in one place you’d have the makings of an aqueduct.

Thing the Second: No hero POV. I am totally unapologetic about this. One, it would have been a pain in the behind to engineer, because of the aforementioned first person, present tense, and second, I know lots of people say they love hero POV in romances, but personally, I can think of a grand total of three books where I would have missed the hero’s POV terribly if it wasn’t around and one where I thought ‘If I had any idea what the hero was thinking, I might like him better’ and they’re all by Joanna Bourne, so make of that what you will.

In particular, I detest the obligatory scene where the hero muses on the heroine’s… assets. Look, I get that part of the fantasy that romances hand out is the fantasy of being desired. I really do. But if I’ve been in the heroine’s head worrying with her about whether mysterious villains will spoil her beloved sister’s debut, or how she can keep her business afloat, or what the hell is going on with all the werewolves that suddenly seem to be part of her social group, and I get dragged out of that so that I can be informed that the hero thinks she has a nice arse… well, it reminds me of every single time I’ve been having a conversation with friends and it’s derailed onto ‘so-and-so, I would’, or ‘so-and-so, hasn’t she let herself go lately’. The fantasy of being desired is great! The fantasy of being constantly reminded that, as Kate Harding says, any time a woman shows her face or opens her mouth in public, whatever point she wanted to make stands to be delayed by a referendum on her fuckability, not so much, and too many hero POV scenes fall, for me, on the wrong side of that line.

Thing the Third: It’s vaguely inspired by, of all things, Charlotte Bronte’s juvenilia, which is, with all due respect, not the shiniest selling point in the world.

Do I care? No. All I can do is make it the best book of its kind that I can, and not worry too much about people for whom that kind of book will never be the right kind of book.

In other news, my husband and I are off to a steampunk festival in a couple of weeks, and when I reacted to the possibility of attending a ‘Writing Steampunk’ workshop with ‘Hell no, I’d just have wall-to-wall panic attacks’ he just calmly said ‘Don’t do that, then’. Which is one of the many, many reasons I love him.