All images in header used under license from istockphoto.com Background by Florian Carli Mastodon
Posted on April 14, 2012April 14, 2012 by Ankaret Wells 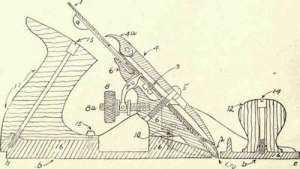 So, the process of planing and sandpapering Firebrand into shape is ongoing, and it’s making me think about how much easier writing was when I had no clue at all what I was doing.

I mean, when I started out it was just a matter of getting some words on a page. What do the characters do? Okay, write that down. Sorted. You pile the words up and there they are. No worrying about structure, or pacing, or imagery, or whether having two characters in the same book who are short gruff brunettes will be needlessly confusing for people and it might be an idea if one of them was a tall gruff brunette instead and the other one’s hair turned mouse-coloured.

I can remember when I wasn’t bothered about keeping track of when the viewpoint shifted. I can remember the exact point when writing sex scenes got complicated, because it was right around the time I started having sex. And if I come back and read this post in a few years’ time, I’ll bet there are several things about the books I’m writing now that make me cover my eyes on a re-read and think ‘why didn’t I see what was wrong there and fix it?’

Writing: the more you do of it, the more complicated it starts looking. It’s like you start out building what you think is an heaped-earth pyramid, and the next thing you know you’re the architect in charge of some large civic building that’s mostly made of glass.

And also, you’re responsible for making sure the civic building’s lifts run on time and keeping the loos unblocked.

In other news, WordPress keeps suggesting new tags to me whenever I publish a post. Generally they’re inappropriate but I can sort of see where WordPress is coming from – ‘first draft’, for example, got a suggestion of ‘baseball’ – but there’s a substantial minority population of ‘Really, WordPress, you’re just guessing, aren’t you?’ such as ‘vacation’ or ‘beauty’. I’m now wondering whether it’s going to pick up on ‘pyramid’ and suggest ‘earth mysteries’ or on ‘unblocked loo’ and suggest God knows what.

EDITED TO ADD: I’ve now seen their suggestions, and they were: the ever-hopeful ‘vacation’ and ‘travel’ (WordPress, I am not going to blog about my holidays. I very seldom go on holiday, due to my default response to any suggested holiday being ‘But I couldn’t possibly leave the cats’), the perfectly serviceable ‘literature’ and ‘writing’, and the completely inapposite ‘gaming’ and ‘anime’. If you have any suggestion for what prompted those I’d love to hear it: my best guess is that anime often involves short gruff brunettes.