All images in header used under license from istockphoto.com Background by Florian Carli
Posted on November 17, 2011 by Ankaret Wells 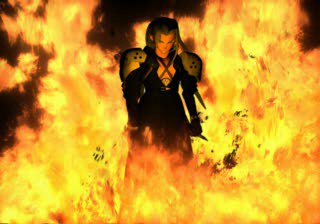 I’ve been neglecting my blog. I’m sorry: I just didn’t have a lot to say beyond ‘Still writing’ or ‘Not writing, due to my head being full of cold’ or whatever.

I’ve been to Distant Worlds: Music From Final Fantasy in London, which was awesome, particularly the pipe organ during ‘Dancing Mad’, and Nobuo Uematsu joining the choir to sing along to ‘One-Winged Angel’. Also impressive was the amount of effort put into cosplaying by some of the audience – there was a very convincing White Mage, a whole clone-army of Sephiroths, and a person with a stuffed Cactuar.

In other news, I still love WordPress’s spam blocker very much. No, you can’t send out robots to invade my actual content and use it as a vehicle to (a) promote your stupid French rappers (yes, they’re still here) or your probably virus-infested ess-ee-oh plugin and (b) kludge up the comments so that no one can find the discussion they came here for in the first place. Why would you think I would let you do that?

Yuletide is coming up, and someone nominated the first two Requite books, which is exciting. I very nearly signed up to write it, but then realised that the likely outcome of that would be that there would be one solitary Requite fic in the archive and it would be by me, which would look kind of embarrassing. Whether or not anything comes of it, just seeing it on the fandom list cheers me up no end.